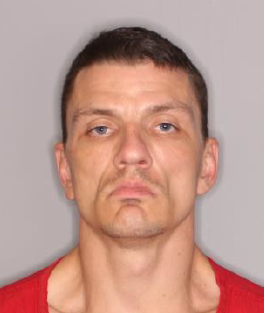 Bellevue police detectives arrested a 32-year-old prolific offender today at the Snoqualmie Casino.  Daniel Alvarez is most recently wanted in connection with a residential burglary in Mountlake Terrace on February 11, 2020.  According to Mountlake Terrace police, Alvarez and Brendan Morris broke into the Mountlake Terrace home and stole miscellaneous property, including an AR-15 semi-rifle and ammunition.  Morris was apprehended on February 19, 2020, in Snohomish County, but Alvarez eluded police until today.

Bellevue detectives developed information about Alvarez’s whereabouts and tracked him down late this afternoon at the Snoqualmie Casino.  Alvarez has at least nine felony convictions and has a history of eluding police. “Daniel Alvarez is a career criminal and a danger to our community.  He puts everyone, including officers, at risk because of his propensity to flee a scene when approached by law enforcement,” said Captain David Sanabria.  “We are safer today with Alvarez behind bars.”  The arrest was a joint operation between Bellevue, Mountlake Terrace, and Auburn police departments.