BELLEVUE, Wash. – Bellevue Police Department detectives continue to investigate Saturday’s violent attack on two Bellevue residents at their home, located on the 16200 block of SE 31st Street. The victims are recovering at Harborview Medical Center after receiving severe stab wounds. The suspect, a 40-year-old woman, will make her second court appearance on Wednesday.

An interview with the female victim on Monday confirmed the suspect was invited to stay at the victims’ house as a houseguest. She had resided on the property over the past several weeks. Prior to her meeting the victims, the suspect had been experiencing homelessness.

Approximately 5 p.m. on July 28, Bellevue Police and Fire responded to a report of a stabbing in progress. Police arrived within two minutes and located a 76-year-old female bleeding in the street. The husband, an 83-year-old male, was found inside the residence, also suffering from multiple knife wounds. Officers provided lifesaving first aid. At some point prior to the attack, the suspect attempted to set several fires within the home.

Police were quickly able to locate the suspect who was attempting to leave the scene on foot. Officers noted she appeared to be under the influence of an unknown substance.

Detectives plan on conducting more interviews associated with the case, as the investigation continues. It is still unknown what the motive was for the suspect’s alleged crimes.

This evening at 5:00 p.m., Bellevue Police and Fire responded to a report of a stabbing in progress at a residence in the 16200 block of SE 31st Street. Police arrived within two minutes and located a 76-year-old female bleeding in the street. Officers provided lifesaving first aid. Arriving Officers also located a 40-year-old female attempting to leave the scene on foot.

That female was identified as the lone suspect and was detained by Officers at the scene. Officers also located a 83-year-old male inside a residence that had also been stabbed multiple times. The victims are husband and wife. Both victims were transported to Harborview Medical Center by Bellevue medics with serious injuries. 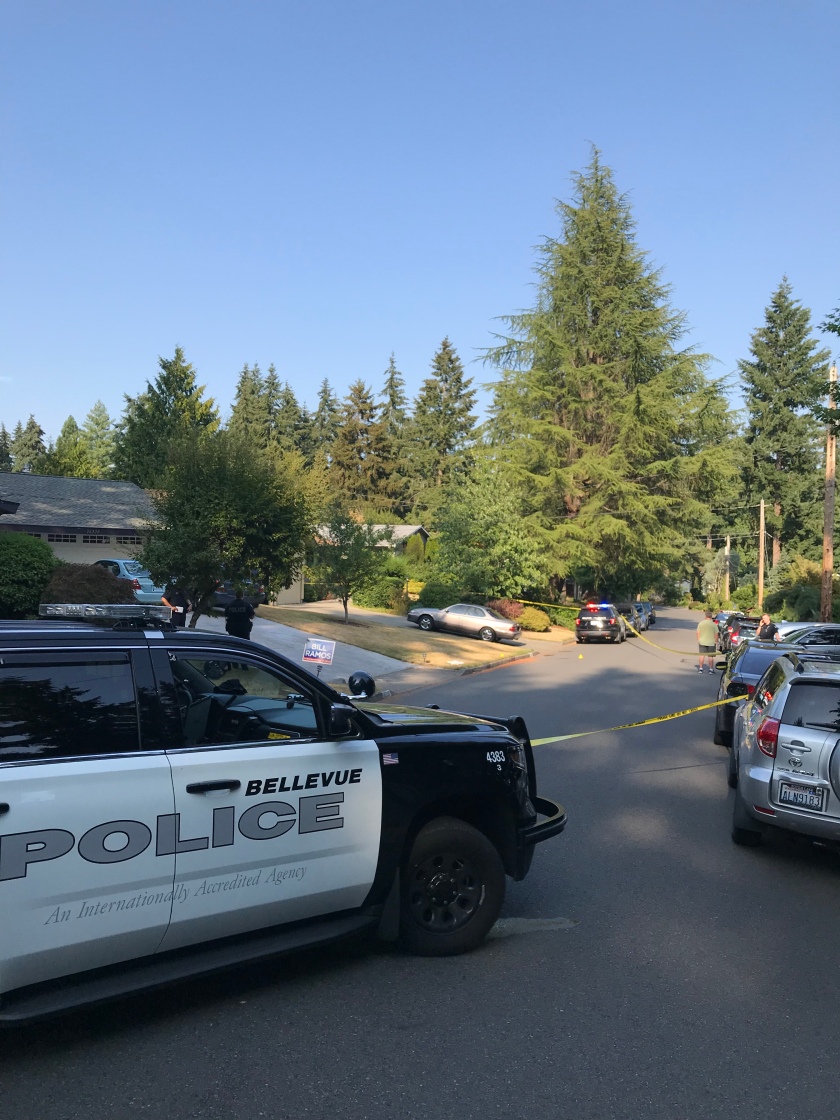 Investigators learned that the suspect, who was not related to the homeowners, had been staying at the victim’s residence for the past few weeks. Today, the suspect violently attacked the two victims inside the residence with a large knife, and then attempted to set several fires within the residence. The female victim was able to escape to a nearby residence, where a neighbor called 911. At this time it is unknown what the suspect’s motive for this crime was. Detectives with the Bellevue Police Department’s violent crimes unit are currently investigating, and SE 31st Street remains closed while police investigate. There is no ongoing threat to the community, and this appears to be an isolated incident.