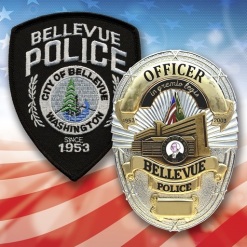 For the first time in over eight years, the Bellevue Police Department has no openings for commissioned officers. The department hired 21 officers this year and has several applicants lined up when new positions become available.

What made the difference? A $16,000 hiring bonus for experienced officers who want to work in Bellevue. “It’s been amazing to see the response to our lateral officer hiring incentives,” says Chief Steve Mylett. “The City Council approved the $16,000 hiring bonus late last year, and the applications just started rolling in. It was a game-changer.” Mylett adds.

From January through June, 133 officers from agencies all over the country applied with Bellevue Police, that’s more than quadruple the total number of applications received the year before. Besides the hiring bonus, the Chief also added more recruiting staff, background investigators, and trainers. The additional resources sped up the hiring process.

“I commend our recruiters, training staff, and leadership team for their dedication and drive through this process. Everyone has worked incredibly hard, including line officers who helped spread the word about the Bellevue Police Department,” says Chief Mylett.

Police departments nationwide have faced significant obstacles in hiring for the past few decades. A strong economy offers high-paying jobs without the risks associated with a career in law enforcement. Also, baby boomers began retiring, and others have become disenfranchised with police work given the national narrative.

Chief Mylett says once his team identified these issues, he knew he could address them. “Bellevue is an amazing and safe place to work. And our officers receive strong support from the City Council, the City Manager, and City Leadership Team. Most importantly, our department receives tremendous support from the greater Bellevue community. I was confident that all we needed to do was attract the best candidates and show them what we have to offer. And it worked.”